If thoughts could kill - Recap and Interpretation

One of my favourite scenes is the one in the hospital hallway. 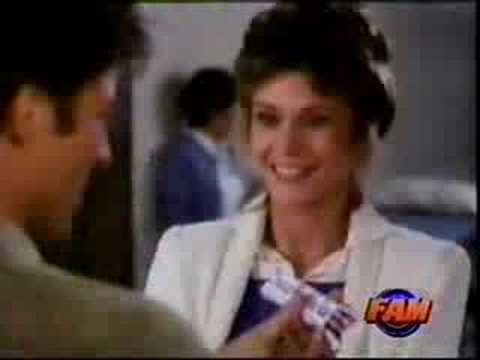 Lee: “Now I know why we don't get along. This hospital experience has isolated the whole reason. Rule breakers and rule followers don't mix. Amanda, I am a rule breaker and you are a rule follower ...”
Amanda: “Oh? Oh! Well ...”

I've always wondered if Lee was really right about what he said. Okay, on first sight Amanda was a rule follower. (She even always fastened her seat belt.)
But when you look at all the times she didn't do what Lee (or Billy, Francine etc.) told her, you can come to the conclusion, that she was the even worse rule breaker than Lee was.

Lee: “She never does exactly what she's told.”

I love how it appeared during the episodes and seasons that these two were much more alike (unorthodox methods) then everybody including themselves had expected.
***

Two things came to my mind:

First: Somewhere in the episode discussions someone wondered if the "Does he know Lee?" scene is in the hospital or the Agency's breakroom. I paid more attention than usually to the details and think that it must be in the Agency's breakroom, because all people in this scene wear those ID badges.

Second: I started watching season one in comparison to season four and this episode has quite a few scenes, that illustrate very well how much Lee and his relationshipt to Amanda changes over the years. F.i. the scene in which Amanda calls Lee from the hospital. They get disconnected and Lee just wonders for one or two seconds, but doesn't care much. In later seasons he would have rushed out of the Agency to see what has happened to Amanda or at least sent someone to the hospital. Even with his manipulated brain he would have found a way to make sure she is alright. But at this early stage of their acquaintance his protection mode isn't built up as much as in later episodes. I think it all starts with SAAB. After that he would never have left Amanda alone in a situation that just might be dangerous (even if it really isn't and he just thought it might be).

I don't find it as hard to watch the earlier episodes. In fact I really enjoy them. Not the rude behaviour towards Amanda, but even that is something important and in a way special. It is Lee. He has to be this way until Amanda starts changing everything for him. At first he doesn't realize that something is going on with him, then he realizes it, but does not know what it is. And when he finally finds out he is already so deep in love with her that there's no way back. Of course it takes a lot more time for him to admit this to himself and to her.
What I also like about this episode is how Amanda handles Lee's bad attitude. She is well aware that he is not too happy to have her around, but she goes on with her "assignment" anyway. And what a change when we look at the next time she is assigned to a Lee being in hospital (or for a five day rest at home)!

Quotes from the episodes “If Thoughts Could Kill” and “Brunettes are in”.
Scarecrow & Mrs. King belongs to Warner Bros.