Ship of Spies - Recap and Interpretation

Just something to swoon over, before I begin ...

I heard it! Yes, definitely a kissing sound, when he kisses her fingers (after the fake wedding)!

Okay, just because I watched this episode today I want to post some of my favourite lines:

"Well, he was pretty firmly hooked."

Isn't this a perfect discription of Lee? Even at this point in their relationship! I love when they put such lovely subtext into the lines.

"Oh, what have you gotten me into?"

Another line with great subtext, this time from Amanda's point of view.

Amanda telling Lee that Jillian paid more attention to him than to Miles.

But I don't think he looks like that because he is embarrased because Jillian may find him attractive. He is pretty used to that. No, I think it is because Amanda noticed it. His look on the second screencap is very telling, too, in that respect. 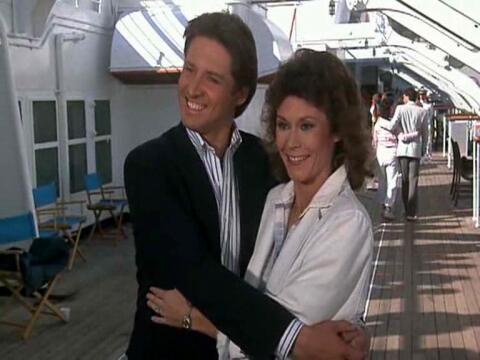 Perfect timing in this scene. It cracks me up every time I watch it.

Okay, it's not for real, but hearing him say that with Amanda next to him in front of the minister ... *swoon*

Although his voice sounds a little pressed, doesn't it? And when Amanda has to say her vows, he looks even more apprehensive. I wonder what he's thinking. He is definitely more affected to that whole fake wedding/marriage than he ever thought he might be.

Lee's look (and Amanda's, too) after the wedding kiss is also very telling and I just have to post a picture of it. Can't get enough of it! 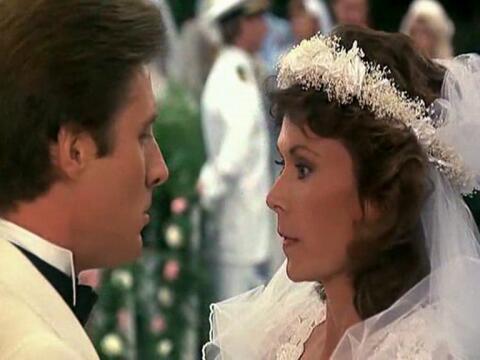 Now back to the even lovelier kiss on Amanda's fingers:

I love these clear pictures, don't you, too?

He definitely kisses her fingers - and he didn't have to do that. Was he that cought up in the moment? Or was it also a subconscious gesture forced by his feelings for Amanda, because his guard was down at that moment? His smile also looks very authentic and true, it is not a cover smile - on both sides, I must add.

Screencaps and quotes all from the episode “Ship of Spies”.
Scarecrow & Mrs. King belongs to Warner Bros.