The First Time - Recap and Interpretation

I won't do a whole recap because I think that won't be necessary. We all know this episode very well. But although I thought I'd know it I've just spotted some interesting details about the dancing scene that I'd like to elaborate on a little bit.

But first of all for all of you (and including me, of course) ...

Tadaaaa! Lee in his Tux: 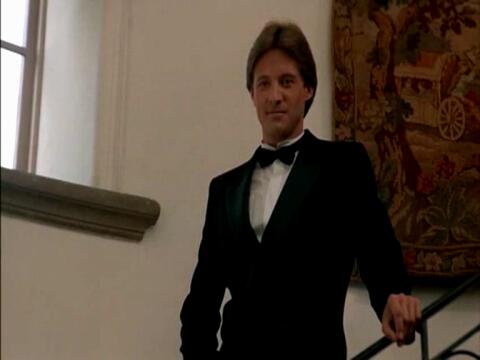 I wondered if it is important to notice that the first thing that Lee and Amanda do together in this whole show is dancing.

Today a Jane Austen quote came to my mind:

“To be fond of dancing was a certain step towards falling in love.”

And I'm pretty sure that both of them were fond of dancing (together), at least according to their facial expressions during the dancing scene.
During the dance you can see that Lee turns on as much of his charm as possible. Okay, he did that on the stairs, too, standing there in the position seen above in my screencap for just a moment longer than necessary. He knows exactly his effect on women and naturally uses it.
I think this is kind of a habit of his, because he uses this flirting look on Amanda during their dance agaín, maybe to get her a little off balance. And it works. Amanda's face tells it pretty well that she is kind of flattered but also nervous and a little shy.

But I think there's a little more going on here. Lee looks into her face, checking it out for a very long moment and with an expresion that would have brought a less strong woman than Amanda straight to her knees!

Ah, with one or two pictures it is very difficult to explain, but I think you all know what I mean. He is very close, very checking out, and I'm pretty sure he is well aware that Amanda is a beautiful woman, though of course way out of his league at this time.

And there's something else I've spotted and that IMO proves that he is not just using his charm to impress the little housewife from Arlington of whom, btw, he at this point still thinks she's married. (He tells her later not to talk about him with her husband.)
He enjoys the dance. Of course on the one hand in general, because he's the kind of guy who is used to dancing with a lot of women, but also in particular at this time with Amanda. You ask me why I think that? Well, it is all in his eyes! The eyes often tell a truth that is otherwise left unspoken. 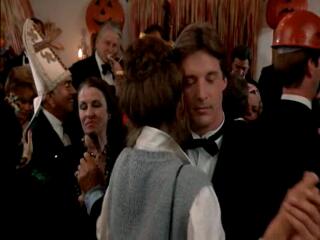 I've always thought he was just lowering his eyes, but today I enlarged that scene on my computer screen an realized that he has his eyes shut (and his head against Amanda's) for about half of the turn they make here. For a professional agent who is supposed to get that package back as quickly as possible he is enjoying himself (and the dance) pretty well, isn't he?

Okay, maybe that's a little far fetched, and I do not think that Lee was falling for her at that time. But nevertheless something has started here, even if it is just him being attracted to her without realizing it at first.

Amanda on the other side is impressed and I think she has a crush on him right from the moment she sees him standing on the stairs in his tux. And during the dance she is even more impressed and her reaction to his intensive gaze at her is lovely and a little shy.

She has never in her life been in a situation where she had to deal with a man like Lee Stetson, who is that masculine, charming and intriguing. Look at Dean (zzzzz) or even Joe, who might be a nice guy in some way, but not to compare in any respect to this handsome secret agent!

Maybe at that point the thought came to her mind that she must have stepped into some kind of fantasy. Like the spy fantasies she used to have as a child or a young girl. (Even though at that point she didn't know that he was a spy.) Even at the train station she asked: "Is this for real?" Luckily she is a very practical and down-to earth woman, otherwise she might have been swept away by these fantasies.

Interesting though, that they both enjoy this dance so much although they know nothing about each other. They are total and complete strangers but also aware that they couldn't be more different. He thinks she is a married housewife, she thinks he might be a gangster. But the chemistry already works.

And although he pretends to be such a tough guy who doesn't need anybody and has not feelings at all and who I think likes very much to see himself as a lone wolf, it is Amanda from the first moment on, who is able to get an emotional reaction out of him and who makes him open up about his life even if it seems accidentally in this first episode.

I mean this scene here:

Lee: “No no no no no no no, you were not a partner, you were an emergancy! A partner is a guy who laughs at your jokes, who loans you his socks and some day he takes a bullet through the head for you."

Amanda (embarrassed and shocked): “Were you two friends for a long time?” 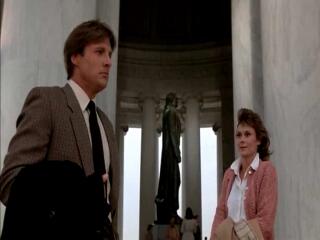 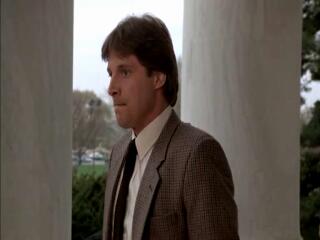 Billy: "I think we finally found you a partner." 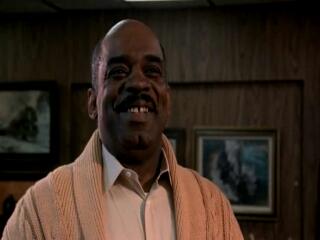 I actually never had seen "The First Time" until I rediscovered SMK in 2010 when the first season came out on DVDs. So when I got my set I was so curious about how it all began. I only knew those scenes from the credits and as I didn't know the first episode I didn't know these scenes were from it. When I watched this episode the first time, I was hooked from the very beginning! It is really a wonderful pilot episode and made me fall in love with the series all over again.

Screencaps and quotes all from the episode “The First Time”.
Scarecrow & Mrs. King belongs to Warner Bros.