Lee's voice very often gets down to sound deeper an smoother while talking to Amanda. It is as interesting to observe as his body language,because it reveals so much of his true thoughts and feelings.

BTW, did anyone notice that in the evening, when Lee and Amanda sit down near the check-in counter, it is Amanda who takes Lee's hand first while asking him "What happens at six o'clock?"

I find that very interesting thinking about her hesitation being Mrs. Lee Stetson on this assignment.

Yesterday while re-watching this episode again, I found some really nice prove for Lee's feelings for Amanda, even in season 1. And it is all in his body language, which tells a whole different story than his words in the scene in the bedroom. It's funny that I have watched this scene so very often but only yesterday I really saw it. I think I was always too occupied with what was said, so that I didn't realize what was really going on.

But as soon as I found out, I knew I had to share this with you:

Lee: No, no, no. I'll keep an eye on it. They'll not gonna make a move on him. there's still too much activity around ...

Now watch what he is doing while saying this: 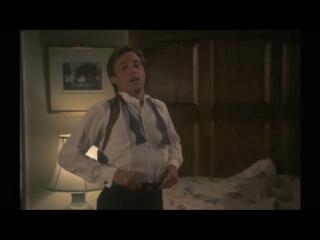 Oh yes, he is pulling up his belt! And what did we learn earlier about body language?
This is a definite male signal for "I'm into you. I'd like to be/get closer to you."

Okay, you might tell me, this was a coincidecnce and has something to do with Lee undressing or something like that. 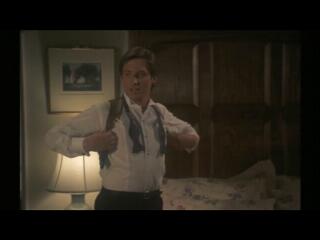 While he is talking about the activity around and that he'd like to grab a few hours sleep, he plucks at his gun holster, but he doesn't take it off. He just seems to adjust it like he would do with a tie or his jacket if he would wear one of those. This is a typical instinctive male body language sign that shows he is interested in someone (here: Amanda). Subconsciously men use this gesture to make themselves look more attractive.

And to make it even more obvious he licks his lips soon hereafter: 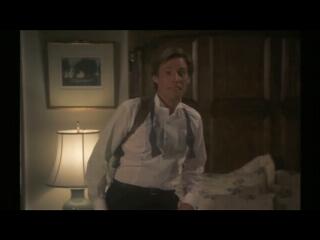 Amanda's body language is more difficult to read here because she uses it rarely. But she obviously caught the signs, if only subconsciuosly, because as an "answer" she licks her lips, too: 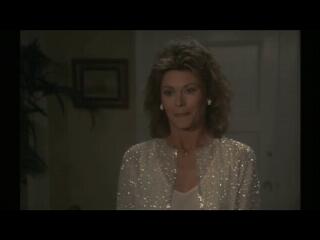 Next thing we see is Lee with his hands on his hips and his chest out: 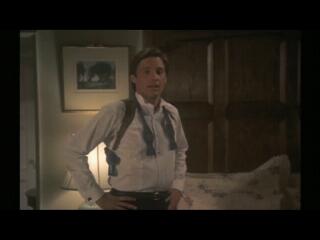 This body language signal shows dominance, readiness and can also be read as kind of aggressive. In this case I think Lee makes himself instinctively look taller and (don't laugh!) look kind of like an alpha male. (Although for me he always was one even without this gesture...)

Then he steps towards Amanda, gets close to her, even touches her hands. With his words he truely wants to reassure her that everything is okay and there's no danger for her being compromised etc. Unfortunately his earlier body language signs had found a way into Amanda's mind, because now she really doesn't trust his words and gestures. She even hits him with her purse, and although she tries to laugh it away, we can see how seriously she meant it. And Lee's reaction shows that her message has been recieved:

After that Lee immediately returns back to his former place in front of the bed: He re-establishes the distance between them again. And while he is talking now, he instinctively wants to put his hands on his hips again, but now he seems to realize it and stops the gesture: 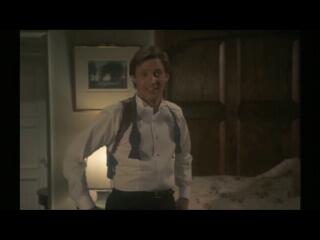 And instead of putting his hands on his hips (which was one too aggressive sign for Amanda that scared her obviously), he puts them into his pockets, at first one of them: 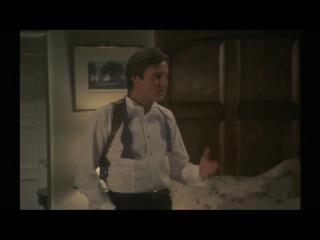 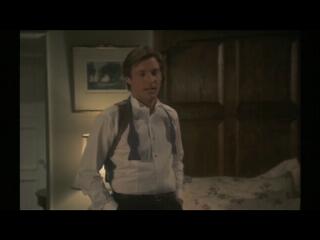 In this situation you can read this gesture as a sign of reassurance that he will not do anything dangerous or compromising with his hands.

And if you still don't believe what I found out here, Ill get you the last prove that all of this is really no coincidence.

Because during this little conversation ...

When he says "Good, fine. There's no problem.", he again pulls up his belt into her direction! 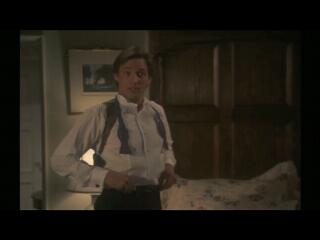 All of Lee's subconscious behaviour shows me that what he says and what he thinks (and feels) are two different things. Don't get me wrong, I'm sure he wants to reassure Amanda that she can trust him and that everything is strictly business. But his body language tells differently, and for most of the time he doesn't realize it.

So I'm absolutely sure that the thought of getting involved or at least close to Amanda must have touched on his mind before. Otherwise he would have behaved in another way here.

I think this scene kind of mirrors the "dance" between them, which has already started early in the season, but now it becomes more obvious.

Another thing came to my mind:

Do you all remember  Lee kissing Amandas hand in the tag of “Burn out” and that it is kind of a sign, that he is allowed to touch her again after the "slap"?

Call me crazy, but the scene after the rescue in the helicopter, when Lee rubs Amandas wrists, seems similar to me. She even holds both wrists straight toward him so that he can touch/rub both of them after untying her. Considering what I wrote earlier about her hitting him with her purse and after that him putting his hands into his pockets, it seems logical and very interesting to me.

I love the thought of Lee (or rather Scarecrow) wanting to have a little revenge on Amanda because of the his reaction to her in “Filming Raul”.

It didn't work out quite the way he might have planned, but that's exactly what makes "Weekend" such a nice episode. He doesn't realize it, but his gestures and body language show more of his feelings that he could ever imagine.

Yes, he wants to control the situation, but with a woman like Amanda, that's almost impossible.

By the way, was it mentioned before that this is the first episode in which Lee (by his own free will) suggests Amanda to help him on the case (even if it is just because of Francine's toothache)?
And he lies to her about that! He tells her it was all Billy's idea, but that's not the truth. It was Lee, who said that he wouldn't need a trained agent for this job.
Interesting, very interesting ...

Screencaps and quotes all from the episode “Weekend”.
Scarecrow & Mrs. King belongs to Warner Bros.